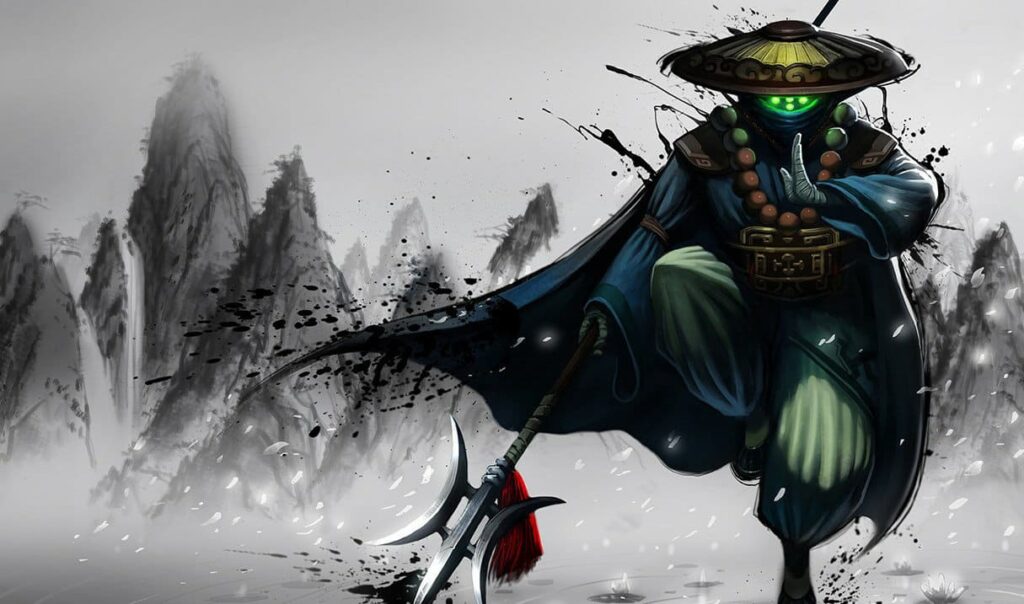 The Strengths of Jax in LoL

Jax is one of League of Legends’ most interesting fighters. This champion is super fun to play. But to win more often than you lose, you need to understand his strengths.

The Key Features of Jax

As a fighter, Jax is one of the strongest 1v1 champions in the game. Furthermore, he excels at hitting opponents from level 1. Because of that, he is a great pick for your Top lane. The enemy Jungler will very often leave you alone, having to focus his efforts on Mid and Bot. This allows you to dominate your opponent and then win the early game for your team, unless both of the other lanes have been lost.

Jax’s passive ability offers him attack speed each time he attacks someone. The buff is substantial: 3.5% – 11% per stack, depending on your level. Assuming you’re level 4, you get 5% attack speed for 2.5 seconds each time you hit the enemy champion. And you can do that at least 3 – 4 times thanks to your other abilities.

The buff can be amplified up to 8 times. Realistically, you’ll only get 4 stacks. But that also means that the longer the fight, the greater the pressure on your opponent to start running away. This means that in the early game, most opponents will not want to engage in a 1v1 and will prefer to farm from a safe distance. If you manage to buy mobility and sustainability items early on, you pretty much guarantee yourself a free lane.

With the help of Leap Strike, Jax can dash to his target’s location and deal massive damage: 65 – 225 + 100% AD + 60% AP. The range is 700 and the cooldown is 8 seconds. This means that whenever your opponent gets close to farm, you can start to harass him. This is especially true if you’re fighting under your own tower and he’s got a long way to run until he receives protection from his own tower.

Thanks to the constant target range and the minimal CD benefits it gets from additional levels, it’s a good idea to only put one point in Leap Strike and focus on maximizing your W first.

Empower guarantees that you’re attacking twice in a row, with the empowered attack dealing magic damage (40 – 180 + 60% AP). That’s because this ability resets your basic attack timer. So the idea is to attack, use Empower and then attack again without delay. If the enemy champion is focused on getting a last hit, you might be able to attack him 3 times before even using your Leap Strike. This often leads to an easy kill, unless he uses his Flash and you don’t have your own available.

Counter Strike is a defensive ability that you’ll mostly need against ranged champions. What it gives you is 2 seconds of 100% evasion, so it’s great if you get focused down by multiple enemies. This usually happens when you’re in the middle of a team fight or when you attack the enemy champion next to his minions.

Counter Strike gets recast after the duration expires but you can recast it yourself if you want after just 1 second. When it’s recast, it deals physical damage to surrounding enemies, with a 20% bonus (up to 100%) for each attack you’ve evaded during the 2-second duration. The targets are also stunned for 1 second, making it even harder for enemy champions to escape your wrath.

Because he’s a melee fighter, Jax greatly benefits from mobility and life steal items. Furthermore, his AP bonuses are substantial, so anything that gives you AP will also serve you well. Apart from that, you always need to ask yourself: what would make me stronger against these champions? Different situations require different builds.