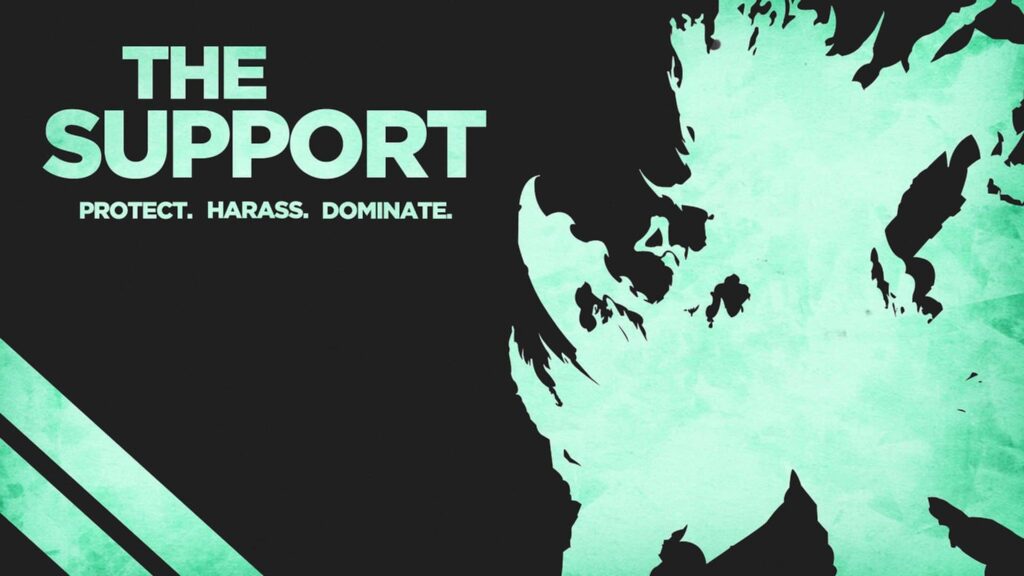 How to Play the Support Role in LoL

Playing Support in League of Legends is more challenging than it seems. Despite not having to be as mechanically gifted as a Mid or an ADC, Support players have a crucial job in every game. And if they fail, their team will most likely fail too.

Your Job as Support

The job of the Support player changes throughout the match. Unlike other MOBA games, LoL designates just one support for each team. The other 4 roles may interfere a little bit with the tasks of the Support player but for the most part, if you play Support you’re expected to do your job without asking your cores to assist too much.

In the laning phase, the Support should leave the lane as rarely as they can. The team’s carry is there to farm and their ability to do it properly depends on how well you hit the minions when you need to, harass when it’s possible, and make sure that the enemy duo does not prevent your ADC from taking last hits.

A lot of things can go wrong. For example, the enemy Jungler might gank your lane and if you don’t have wards to spot him, you risk feeding a few kills that are likely to lose you the game. Another thing that can happen is having the wave pushed under your own tower, where it can be hard to last hit. In situations like this, your carry expects you to understand when you need to hit a minion so that he can last hit before or after the tower hits him and when you need to be passive.

Another bad situation that you need to deal with is the lane skirmish. When the two duos start attacking each other, you have to make sure that both you and your carry make it out alive. Or, at the very least, that your carry is alive and farming at the end of the exchange. You should always ask yourself: do we have the firepower to fight the other duo or do we need to play it safe?

In some situations, because the match-up is terrible, you will need to let many minions die without getting the last hit. Getting too close might get both of you killed. As a support, you need to understand what the balance of power is in your lane and act appropriately. Sometimes you need to play defensive while other times you are expected to play offensive and create kill opportunities.

As a rule of thumb, never take kills or farm from your core players, unless it’s to your team’s advantage.

Constantly ward and deward. Vision can win you games. By contrast, poor vision can lose you games. It’s enough to get caught once and you might lose a team fight that determines everything.

Try to not spend time alone. Be with your team and especially with your Mid and ADC as often as you can. Your job is to always assist them in reaching their objectives and in making sure they stay alive.

During team fights, figure out how you can be most useful and make sure you don’t get killed early. Use your abilities as often as you can and make them count. Find the right balance between using your ultimate and keeping it for the right moment. But don’t die without using it. Otherwise, your team’s odds of winning that fight decrease significantly.