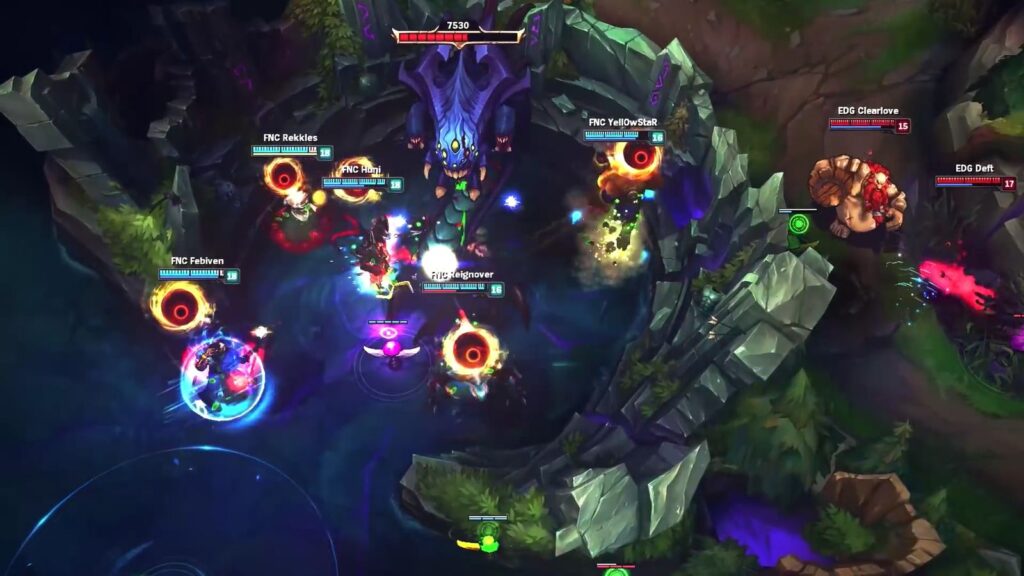 3 Principles of Team Fighting in League of Legends

One of the most important parts of a ranked League of Legends match is fighting and defeating the enemy team. Therefore, one of the skills that you need to develop to become a better LoL player is team fighting. What exactly do you do when a fight breaks out and how do you win it? Here are 3 team fighting principles to help you win games.

Avoid the Tank and Attack the Flank

A good enemy tank will know how to force the enemy team to attack him. Or at least, how to attract all the attention to himself. But you must resist the temptation to use your best spells or waste your attacks on this target, precisely because it has a lot of HP, a lot of resistance to damage, and deals little damage of its own in most cases. Falling into this trap will allow the players on its team to easily bring you down by making optimal use of the abilities they have.

If you can, always attack the mid or the carry and force them to retreat. Because that’s where most of the enemy damage comes from. If you can quickly bring down one of these two champions, your advantage is huge. Thousands or even tens of thousands of networth, which is the amount in gold that the enemy mid/carry was worth, gets erased from the fight. So it becomes really hard for you to lose it.

Other important targets for your abilities and attacks are the support and the jungler. In particular, the support should be very easy to kill, because of his poor items and low level.

If your enemy is well-positioned and can easily harm you with basic attacks and abilities, make sure you do not put yourself in a spot where you can be brought down in just a few seconds and you cannot be helped by your teammates.

Imagine that team fights in League of Legends are boxing matches. The goal is to always pay attention to your opponent’s moves and act only when you see a mistake or a vulnerability. At the same time, you must be careful not to make mistakes of your own. Otherwise, a simple positioning error may get your carry killed. And that kill will lose you the fight and possibly the game. In LoL, a lot is decided in one brief moment of confusion.

Never Go All-In, Even if You’re the Tank

Because of the healing items and abilities that exist in the game, if you’re careful and calculated you can often take a lot of damage but still make it out alive. The key here is to know your limits and discipline yourself to retreat at the right time instead of only moving toward the enemy team.

Obviously, your opponents, if they’re good at the game, will try to kite and bait you into overextending yourself. In turn, you must do the same thing. Always position yourself based on your goals and role within your team, and then make sure you don’t get killed prematurely. Of course, you cannot stay back at all times either, because you need to get involved at some level to either tank, deal damage, or assist a teammate. But the idea is to take calculated risks and figure out a way to make your life count.