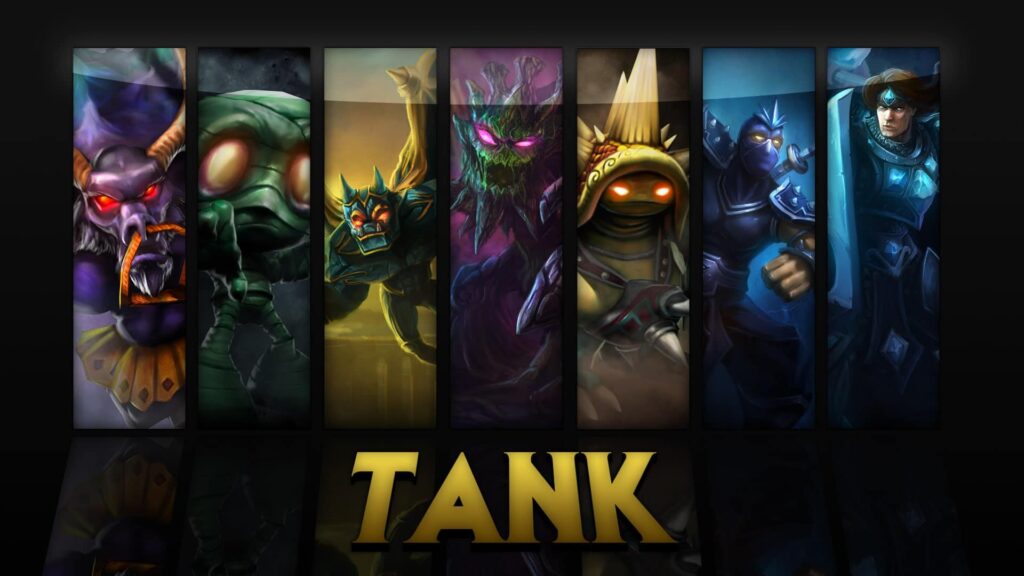 How to Play Tank in League Of Legends

Playing the tank role in LoL requires you to do several things.

This is the first condition that you must fulfill when you play the tank role. If you can’t withstand a lot of damage and shield your team from it, even if you deal a lot of damage you will most likely fail. Because your teammates don’t need you to be the damage dealer. They need you to initiate for them or to get them out of trouble when their positioning isn’t perfect.

To become tankier, you will need to focus on 4 types of items:

The most obvious way of becoming tankier is by increasing your health. If your normal HP is 1000 and you buy items that give you 1000 more HP, you will have already doubled your durability.

If the game allows you to be a bit greedy, you could get as your first item something that boosts not only your durability but also your damage or mobility. But in the long run, you should primarily assume that you will be attacked from all directions and that you must resist no matter what comes your way.

HP Regen is another great tool for making yourself tankier. Some champions, such as Dr. Mundo, make great use of this element of the game. The better your HP regen, the harder it will be for the enemy team to kill you if the fight drags on. And as you’ve probably already learned, LoL fights tend to last quite a bit if nobody goes all-in.

HP regen also helps with farming. Not having to care about damage from minions and jungle creatures gives you the ability to farm as much as you want, wherever you want, without having to go back to base.

This is one of the most important types of items that you will need to buy as a tank in League of Legends. And that’s because armor increases your effective HP significantly by reducing the enemy’s physical damage. With 100 armor, your real or effective HP against this type of damage is double. So if you have 1000 HP and 100 armor, you actually have 2000 HP.

Magic resistance works like armor but against magical damage, not physical one. If the enemy champions deal a lot of this type of damage, it’s a good idea to itemize against it.

Initiate for Your Team

Once you’re tanky enough, your mission is to initiate the fights or to protect your teammates when they get initiated on by the enemy. Make sure you sit in front of your team and that your life is not wasted. While you get focused down by the enemy champions, your team should be there to deal damage and bring down key targets.

Ideally, after you initiate and force the opponents to use their attacks and abilities on you, you should start retreating just in time to make it out alive. Never all-in unless you have to or it’s to your team’s advantage.